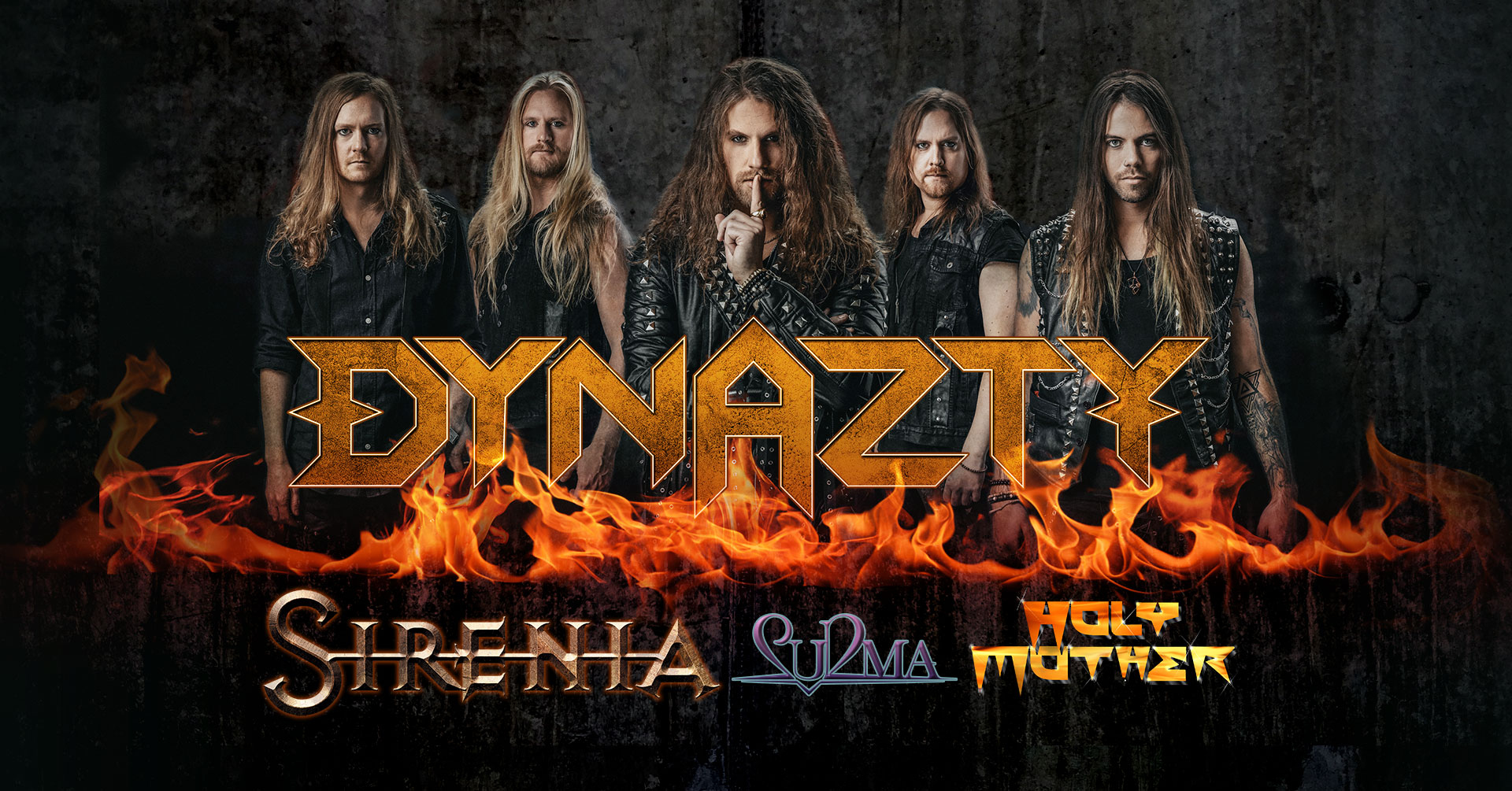 Melodic metal outfit DYNAZTY, released their most successful album yet – THE DARK DELIGHT in spring 2020. Streamed over 30 million times and charting high in countries all over Europe such as Germany and Switzerland, peaking at #2 in home country Sweden and at #3 on neighbor’s Finland’s physical album charts.
The swede’s now shift into next gear as they prepare to hit the roads of Europe in April 2022, to tour in support of both THE DARK DELIGHT and their coming album – FINAL ADVENT.
Formed in Stockholm, Sweden in 2008, DYNAZTY has since released 7 albums in a mere 10 year window.
Straying from their early days of 80’s influenced Hardrock, the band has developed and refined their sound into something that merges the modern metal scene with the past, crafting something wholly unique.
Today the band is comprised of highly respected and sought after musicians, active on the metal scene in more than one way.

Symphonic metal institution SIRENIA released their tenth studio album, Riddles, Ruins & Revelations on February 12, 2021 via Napalm Records. The quartet around mastermind, bandleader, multi-instrumentalist, composer, songwriter and producer Morten Veland is certainly not afraid of combining a heavy symphonic sound with modern influences, which their latest record, Arcane Astral Aeons (2018) is proof of. This time, SIRENIA offers an exciting new twist to their songs, spicing them with electronic vibes, but never losing sight of their musical core.

SURMA, a Czech metal band lead by the stunning model Viktorie Surmová, is one of the most soaring, dramatic and moving symphonic metal bands on the contemporary scene. As the first Czech internationally signed Metal band, they released their debut album “The Light Within” on Metal Blade Records in November 2020, an album with not a moment wasted as they weave their epic stories around gigantic songs.